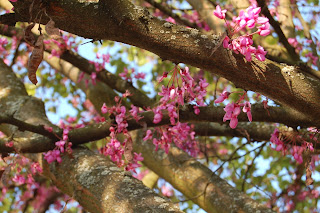 Well, the sewing project went well, jeans are all finished and being worn right now, despite the sunshine, 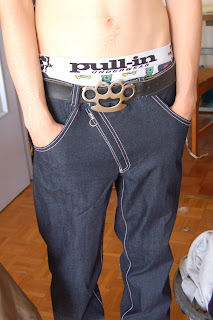 I finally managed to get a photo of the finished shirt, this shirt was the first sewing project, J really wanted a Paul Smith one but couldn’t afford the 280euro price tag, so he made this one instead, its not too shabby either. 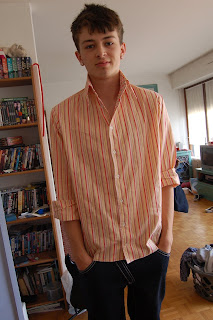 He now has a couple more pieces of stripey fabric and needs to find some others to co-ordinate. Finding fabric is not too much of a chore in this house ;0) 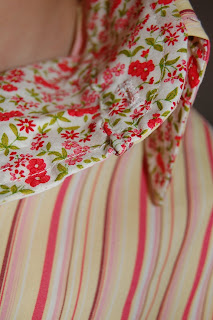 The shawl is coming on and I have almost finished the second chart, which I am doing nupp-less and with beads instead.

The sun is finally shining in Grenoble and its all green and flowery outside, today is a holiday and we have only no2 son who loves to be an only child.
We went to the park for a picnic, which turned this child into a superhero, he has been telling me since he was 3 that he would be Batman when he grew up, seems like he meant it,LOL

Thank you for all your lovely comments, its looking quite positive on the job front but as usual the company are dragging their heels about making any announcements.

My FIL has finished his Radiotherapy and is doing not too badly, tired and not sleeping and not able to concentrate to read but all in all not as bad as he expected to be.

And finally, they cut the grass at the little park yesterday, it must have been after lunch as they only cut this one wiggly line, bizarre! 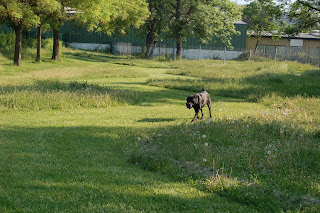